Back in the 1980’s an engineer named Victor Tandy discovered the sound of fear.  A frequency that could cause sweats, double vision, depression, and an overall feeling of unease. The frequency is too low to hear, but it can still affect humans.  Known as infrasound, he felt this sound had a correlation to people seeing ghosts and apparitions.  Loveridge Designs has now incorporated this sound into their new horror survival game – The One We Found. 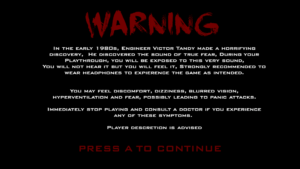 You are James Ledgewick, a psychotherapist at Whisperwood Mental Hospital.  Recently a series of caves were found under the hospital and strange things have been happening.  It is up to you to discover the secrets hiding in the caves and the source of the evil that seems to overtake your work place.  This 1st person horror game will see just how well you can handle yourself. 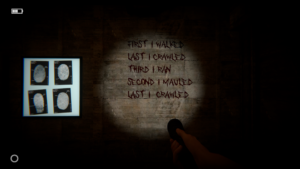 You must scour the hospital, caves, and an area called The Membrane in order to understand what is going on.  As you proceed, you will find clues about what has happened, and what your part in it has been.  The game is VERY dark, so you have to make sure that you have enough batteries for your trusty flashlight so that you are no stumbling aimlessly through the dark. 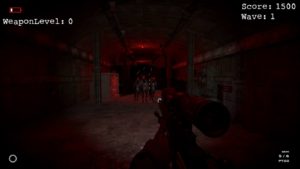 When you start up the game you are greeted with information about infrasound, what it can do, a request to play with headphones so that you can get the full experience as it was designed, and a warning to see a doctor if you have extreme symptoms.  This got me even more excited to fire up the story.  But the game should also state that results may vary.  I tried playing 3 different times using headphones and all that happened was I got nauseous each time.  Playing with the sound through my tv speakers I was fine.  The soundscape in the game is really creepy and will put you on the edge of your seat by itself. 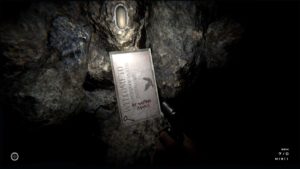 The graphics in the game don’t help out at all.  Yes, the game has a dark and ominous feeling, but the graphics look and feel several years out of date.  Sparks fly from broken electric cables, but they look more like a lava flow.  Characters are poorly modeled, and the enemies you do run into have one of just a handful of looks.  Add to this clunky area transfers – one of two screens telling you that you blacked out and have no idea how you got to the next area and long load times, there is little chance of an immersive experience. 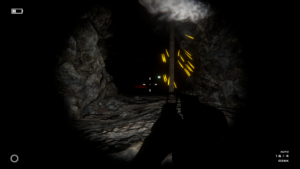 The game also boasts a survival mode in which you take on waves of enemies very similar to Call of Duty Zombies mode.  You start out with a pistol and must kill all the enemies to advance to the next wave.  You even use points to unlock doors and buy your weapons and ammo off the wall.  There are 3 different maps, but they all play the same.  The enemies slowly amble towards you and you must shoot them.  It gets boring very quickly waiting for them to spawn or walk towards you.  These levels are also fairly dark so you must use the flashlight attached to your gun to see through the blackness.  Your batteries won’t last forever, so you must also recharge your light fairly regularly. 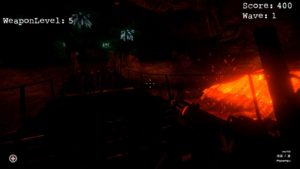 The game controls are awkward as well.  The sticks are used to move and look around and the X button is used to interact with items.  If you want to pick up something and carry it, you must press in on the left stick and the item hovers in front of you.  If you bump into anything the item is dropped and you have to start all over again.  The left and right bumpers are used to aim and fire your weapon respectively.    This can get a bit odd for players of 1st person shooters that are used to using the triggers. 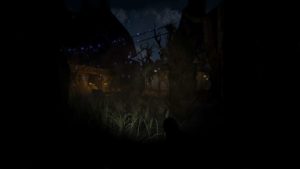 If the game ran smoothly without any issues, some things could be overlooked, but that isn’t the case.  Multiple times I have had to exit the game and reload a chapter because I was not able to look up or down.  This becomes a major issue when items you seek are on the floor.  I have also had essential items disappear from my inventory on at least 3 occasions, meaning that I had to restart a chapter to find it again.  Roaming enemies have also glitched into corners making them unable to attack you or do anything other than light your way. 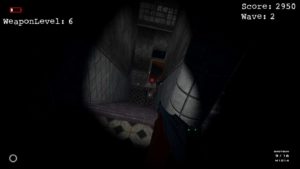 The One We Found is now available on Xbox One and Steam for $19.99.  It is an interesting concept that fails to deliver.  With some flashes of brilliance, like the background soundtrack, it just can’t overcome dated graphics and poor gameplay to deliver the scare you are hoping for. 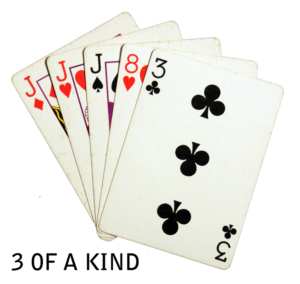